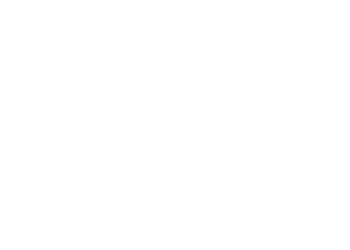 Are you looking for best iOS app developers to hire? smartSense Solutions houses a team of adept and expert iOS app developers. Mobile app development has always been a major source of revenue for us. We have been developing iOS apps since many years now. During this period our passionate developers have developed iOS apps for clients from all over the world in multiple domains.

Our developers are skilled in Objective C as well as Swift. Recently Swift 4 is out and we have started training our developers in the same.

Following are the domains in which we have developed best iPhone mobile applications:

This is an app for our client located in silicon valley. The owners of this app are known for their quality status of whatever products they develop. Working with them has taught us how to always keep the quality in priority even when time is limited. We have developed the dialer app matching the native iOS app dialer to near perfection. We have even designed the scroll wheel date and time picker just like in native iOS app. This client was so impressed with our work that not only did he awarded us with the web project but also wrote us a 5 star review on clutch. We used Swift lang for this mobile app.

This is one more iPhone app based on the latest trends. We have developed an app where people can like and share their peers’ posts. Not just that we have also developed the feature where the autoplay feature and mute facility on pause is possible. From the day Facebook launched this feature, our inquisitive developers were looking for an opportunity to develop such a feature in one of the iOS apps. To no surprise they did it with perfection. This mobile app was developed using swift lang.

smartSense is assigned a long term development contract for a tech based education app startup in India. They have first tested our development for 1 month and then we were awarded the contract. And today they openly say smartSense is the best mobile app development company they have ever worked with.

In education domain, we have developed apps with features like online tests, attendance management, etc. We have even implemented Roles Based Access Control (RBAC) method for multiple user types like Super admin, teacher, student and institution manager.

Other than that we have even developed apps where a book is read out loud by the app so the user can just listen to the speech with the images in the apps increasing the knowledge retention ratio to much higher level. This is the domain in which smartSense has developed many mobile apps till date. INitially we developed such apps in Objective C but today all our new education mobile apps are in Swift lang.

Further, we have even developed an iOS app that has been featured in Forbes best tech startup apps. This app was developed for our US based client who gladly says that, in his perspective, we provide the best mobile app developers in the USA. We used Objective C for this app. This app was most appreciated for the dynamic graphs and the simple but attractive UI/UX. It was majorly developed during Christmas holidays.

This is another example to say that smartSense always stays with latest trends in market. After taxi booking apps, it was the hyper-local market apps like Tiny OWL, BigBasket, Grofers that were making the headlines. Without much delay we started working on such apps in iPhone and developed projects for multiple clients for this domain. It even covered the reference code system with wallet management and payment gateway used was PayU money. We have also developed the features where the super admin can even add offers of discounts for targeted period and locations. We have developed these apps using Objective C.